In this book, Anthony Kila uses Yoruba proverbs to give us a flavour of a complex and imposing culture. While he is very committed to African culture and values, he is also keen on demystification.

In this book, Anthony Kila uses Yoruba proverbs to give us a flavour of a complex and imposing culture. While he is very committed to African culture and values, he is also keen on demystification. In his view, it is not demystification that kills a tradition but ignorance. When choosing the proverbs presented in the following pages, he was careful to avoid romanticizing the Yoruba people or attributing any bizzare qualities to them. 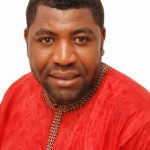 By contrast, its presence in the cities is slowly but noticeably increasing, here calabashes have become….

3 reviews for Owe. Yoruba by Proverbs