Public Finance experts and business analysts have urged Nigerian States to focus more on internal revenue generation rather than waiting on the Federal Government to allocate funds to them.

This was part of the conclusion reached at the January 2021 CIAPS Roundtable tagged “Fiscal Transparency Accountability and Sustainability of Nigerian States”. The event, hosted by the Lagos based international Graduate school CIAPS, had participants from across the 36 States of the federation and from outside Nigeria discuss how Nigerian States were doing in terms of budgeting, revenue, debt management and fiscal responsibility. 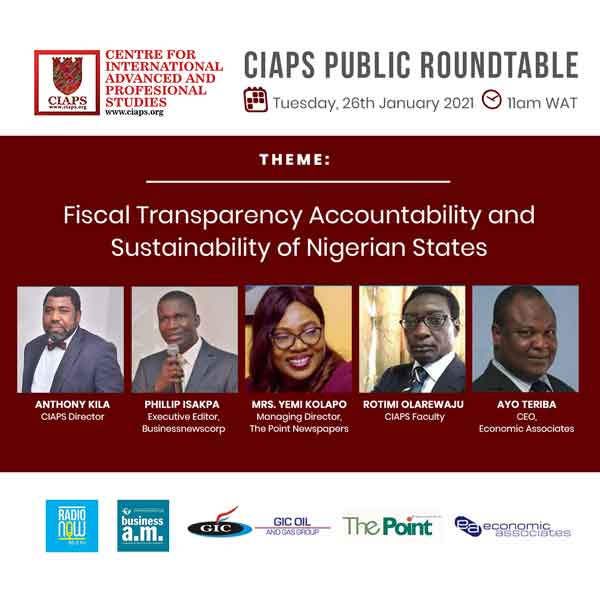 Dr Ayo Teriba led the conversation and opened by disagreeing with the general concept introduced by Prof Anthony Kila that many Nigerian States were not financially viable. According to Teriba, every State in Nigeria has the potential for being viable, it is just about having the right leadership that can identify how to generate wealth. Teriba noted that too little is being done by States to generate investments and that no Nigerian State has a portal dedicated to attracting and guiding investors. He listed the Economy, Natural Capital, Human Capital and Governance as the four levers that the states need to push on to generate revenue.

In analysing the Fiscal Transparency, Accountability, and Sustainability of States, Mr Philip Isakpa noted that generally speaking too many individuals and businesses are focused on the Federal Government instead of looking at what states are doing. He called on all to be more vigilant of and involved with State Governments. Philip Isakpa agreed with Anthony Kila that the tying grants to fiscal responsibility is a very good move that allows citizens and businesses to know and access which States were doing well and which ones were doing badly.

Ms Yemi Kolapo sounded a note of caution warning that while the performance conditioned grant was a good thing, we should be careful to make sure that States are actually doing good things and they are not just working the books to get funds.

Prof Kila invited the media and other observers to provide information of States doing well and those doing badly in terms of economic management and fiscal responsibility. “We need to know who are the performers and who are the benchwarmers” noted Kila. 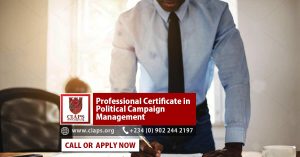 Mrs. Zainab Ahmed, minister of finance, budget and national planning, announced then that Sokoto state received the highest amount of N6.612 billion while Kano state got the lowest amount of N1.710 billion. Bayelsa, Imo, Rivers and Zamfara States got zero allocation due to their inability to meet the 2019 eligibility criteria which required States to publish online approved annual budgets and audited financial statements within a specific timeframe.

In separate interviews, many of the experts that participated at the event urged all states to focus on Revenue Generation and Fiscal Transparency and to learn from Sokoto State that was able to lead the table of performing states. Rotimi Olarewaju a financial analyst noted that Sokoto state must be praised and used as an example for other States since it is showing others that wining the World Bank performance-based grant is possible.