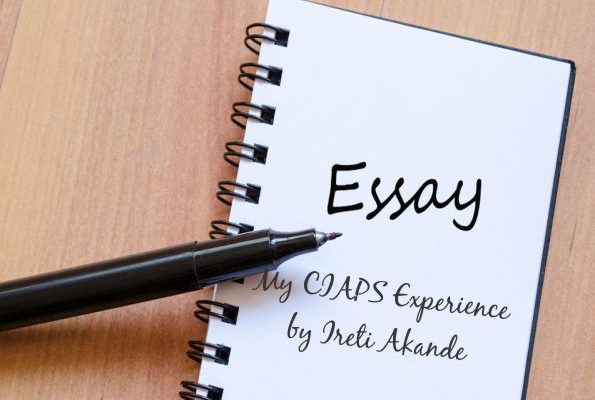 My CIAPS Experience by Ireti Akande

They say, “Opportunity comes… but once”, and this is the phrase I would like to use to describe my encounter with CIAPS (pronounced as “see-apps”, of course!).

It was a normal day at my Place of Primary Assignment (PPA). Just like the day before and the days before that one, I sat in my chair at the corner of the make-shift reception area. I share this space with the office secretary, you see, and I was at the right place, at the right time today. Cramped up or not, this was where I was meant to be because in that time and moment our secretary, Miss ID as we fondly call her, received a WhatsApp message that would be “the one opportunity, that comes once… in a while”. What she had received was a link to the CIAPS Commonwealth Scholarship form with an attached message from her friend, which read, “are you interested?” She turned to me and told me in excitement about the scholarship and all the other details she had.

Fast forward to a few days later, on the 15th of June precisely – the last day for the submission of applications. She finally sent me the link, as I had been stalling. I got on the site immediately to fill in my details and any other information from that moment till I completed it. The application process was straight-forward and the forms’ interface was user-friendly, a totally different format from what obtains in relation to that of the scholarships out there. I had finally submitted my application successfully. I had my fingers crossed, hoping for the best but expecting the worst (scholarships and competition are like 5 and 6, so pardon my pessimism).

On the 21st of June, 2019, I got my invitation to attend the induction and final assessment event at the Centre… Finally! Now, before I got this invitation, I should add that on the 17th of June, 2019, Miss ID had messaged me to ask if I had gotten a feedback email from CIAPS. She had gotten hers. And someone else, who had submitted her application about the same time as me, had also gotten a response. But my case was different. Between the 17th and 21st when I eventually got notified, I had felt that I had lost this opportunity. Thankfully, this was not the case as I eventually received my email (CIAPS got me good, I must say).

The weather, on the day of the event, was not exactly favourable, considering the fact that we were expected to be prim and proper. The rain had caused a lot of mess on the untarred roads which resulted in me getting to the Centre with messy shoes and legs (I found a way to get the mess off, though). I am not familiar with Ikeja and its environs but thanks to Google Maps and my few trips to computer village (a worthy landmark), I was able to locate ‘CIAPS – 21 Adekunle Fajuyi Crescent, off Adeniyi Jones Avenue via Olutoye Crescent, Ikeja, Lagos’, with ease and arrived on time.

We were welcomed at exactly 9am, which was very impressive, despite the fact that the generator was giving a bit of an issue and we were seated in a relatively dark hall, the facilitators kept to time and did what had to be done (so much for doing what you preach, Kudos CIAPS). In no time at all, the hall had light and the event began fully. Mr. Nonso a ‘soon-to-be’ graduate of the Professional Master in Media and Communications course, gave an opening, insightful, speech about CIAPS, after which Professor Anthony Kila gave an in-depth presentation/lecture on CIAPS, the program, the activities, etc., and at the end of his presentation, he took and answered the various questions asked.

We were given different assessment activities at the end, which included, rating our lecturers/schools on www.ngrcampus.com, writing this essay and also rewriting our personal statement, all these to be done electronically, another distinctive feature of CIAPS. The event was straight to the point and everyone played their roles efficiently. The facilitators were well informed and attended to us, the participants, as best as they could, answering questions appropriately and in detail.

The thing I found out about CIAPS today – that I did not know before – is the fact that they are deliberate with everything. From what they say, to the way they say it. I also discovered that they are one institution/centre that places priority on quality much more than quantity. I have several take-homes from the event, such as the advice given by Professor Kila, “to always go for the most difficult things while having an understanding of what is required of me”. I also learnt that there is a gap between practice and theory and it is my duty to bridge that gap, as this is one of the things that would help set me apart.

My expectations, if I am eventually selected to be a recipient of this scholarship, and the opportunity to become a student in CIAPS, would be to get opportunities that would push me past my limits and bring out the best in me. I also expect to be thoroughly versed in the best practices of Media and Journalism, to enable me compete on a global scale. I look forward to building a network of seasoned experts that I can undertake projects with in any sphere; an opportunity I know CIAPS can afford me.

Enough of the brain-drain, I want this opportunity by Nigerians to make a change for Nigerians. Like the 7-Pillars in the premises of CIAPS, I pledge to be ambitious, bold and conscientious, during and after my program.

Akande Ireti is studying for her CIAPS postgraduate professional certificate in Media and Journalism.

She is a graduate psychologist from the University of Lagos, Nigeria. 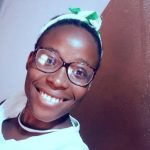 She has volunteered for organizations such as Unilever, Ideation Hub Africa, Restructure Africa, amongst others, in various capacities. Her interests include travelling and experiencing life on different levels. She appreciates great music, good food, and enjoys spending time with loved ones.

She hopes to someday rewrite the existing narratives through her voice, numerous ideas, and brain-children.