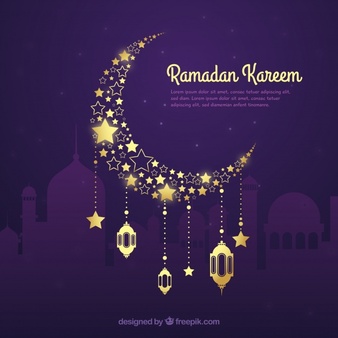 Once upon a time, there was a land wherein it was common practice for everyone to be happily affected by, and even actively participate in any kind of religious festival or event around them. It did not really matter whether it was a Christian, Muslim or Egungun festival, everyone in the various communities enjoyed the events and they all rejoiced with their associates, colleagues, neighbours or family members who were part of that creed even though they were not. The only difference between say a Christian and a Muslim on Christmas day was who paid bill because everybody celebrated and those that belonged to the celebrated faith hosted or sent refreshments to those that did not.

All that was way before terms like diversity, multicultural, multi-religious and tolerance became trendy in Europe and America. The land where such peaceful and joyous communion reigned was Nigeria and the period, not long ago, was before the Christians started seeing Satan everywhere and saying “I reject it” or “I am strong” and Muslims started feeling the need to wear long beard, dress like middle easterners and competing for Sundays with Christians. 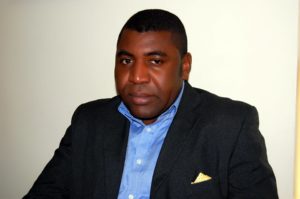 By the way, it must be said that what guided the behaviours of the peaceful religious era in Nigeria was not tolerance but wisdom. Those Nigerians were wise enough to see humanity in all religions; they were capable of reminding themselves that they all worshiped the same God via different formats. They were wise enough to believe that all religious festivals and events were to be celebrated by anyone alive and that whoever is alive, regardless of his or her professed creed can reap the blessings and hopes that the prayers and rituals of the celebrated religion can bring.

As Muslims all over the world start their thirty days of fasting, part of our simple hopes is that everyone everywhere should wish all the Muslims they know or meet a blessed Ramadan (Ramadan Mubarak) and a noble Ramadan (Ramadan Kareem).

We also hope that those fasting and indeed those around them will truly discover a fuller meaning of Ramadan, which as we are often reminded is one of the five pillars of Islam. I personally also like to remember that according to Islamic theology, “the night of power” (Lailut ul-Qadr) was during the month of Ramadan. That was the night the holy Quran, which Muslims consider the verbatim word of God, was revealed.

Muslims believe that the month of Ramadan is filled with blessings, heaven knows that Nigeria and indeed the world needs a lot of it right now and it is our fervent hope that everyone can share from the blessings that these fasting and prayers will bring. Due to the nature of Ramadan, there are some blessings and some simple hopes that Muslims can help Nigerians fulfill in the next thirty days.

Fasting is intended to teach Muslims to reflect and practice self discipline and self-restraint. It will be great blessings for Nigeria if in the next thirty days our Muslim public officials can really follow the requirements of Ramadan and truly refrain from looting or wasting the country’s treasury they have the privilege and duty of managing for all. Imagine how blessed we shall be if for the next thirty days all the Muslims in the country, from the policemen on our roads to politicians and other public officers from our local governments way up to Abuja decide to fully follow Ramadan and truly refrain from asking and taking bribes. Imagine what will happen if because of them Nigerians of other religions followed suit.

Ramadan is also a time Muslims are asked to remember and reflect on the suffering of the poor. In the next thirty days, those Muslims charged with the duty of managing the affairs of the country have the opportunity of individually reflecting on the plight of the poor, they have the challenge of bringing together other Muslims in the same spirit to come up with cogent plans to truly deal with the situation of the poor.

What a blessing it would be for the country if matters of health, education, unemployment and infrastructures are treated by those truly moved by the spirit of Ramadan.

In the next thirty days of fasting, Muslims are also asked to be generous, as a people, one thing Nigerians, rich or poor, can rarely be accused of is tightfistedness, on the contrary the practice is to be generous to a fault. Unlike elsewhere though, Nigerians tend to be generous only to individuals, without stopping that, it might just be great if as a people we start being generous also to causes, institutions and principles.

This country needs its Muslims to start giving more of their time, energy and intelligence to help deal with its many problems and weakness. The country needs people who are willing to serve and to give just because they believe and because they are generous.

During the next thirty days, our simple hope is that the Muslims from today take the lead to bless Nigeria. Ramadan Kareem to all.

Prof. Kila, a Jean Monnet professor of Strategy and Development, is currently Director at Centre for International Advanced and Professional Studies, Lagos, Nigeria.

Don't forget to share this:
May 17Centre DirectorNo Comments